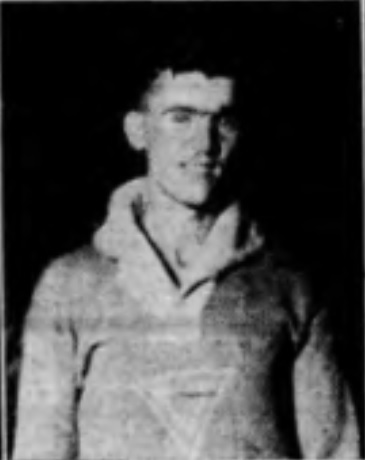 Willie Scrill signed to play professional basketball right out of high school with his hometown Brooklyn Visitation at age 18. Depleted by the defections of veterans Rody Cooney and Red Conaty to the newly-formed American Basketball League, the Visitation thrust the youngster into the starting lineup. In his very first pro season, the youthful Scrill very quickly established two things that would remain constants throughout his career. First, he was a very talented, at times brilliant player. Second, he had a very short fuse that could be ignited in an instant. Scrill once got into a fight with an opponent while the teams were warming up before a game. During the 1930-31 ABL finals, Scrill attacked referee Chuck Solodare after a double overtime loss, but went unpunished. Season after season, Scrill ranked as the most aggressive, combative players in pro basketball. Scrill spent his first eleven seasons in pro basketball with the Visitation and was a member of three championship teams. In 1934-35, Scrill lost his job to 20-year-old phenom, Bobby McDermott, and signed with the rival Jersey Reds. In 1936-37, Scrill enjoyed the best season of career. He led Jersey to first place in the first-half of the split ABL season with a 14-4 record. Scrill continued his outstanding play through the playoffs, but the Reds lost to the Philadelphia SPHAS in a seven-game thriller decided in overtime by a single point. For his stellar play, he was named the MVP of the 1936-37 ABL season. Scrill, at the very pinnacle of his career, retired in the off- season to become a New York City fireman.