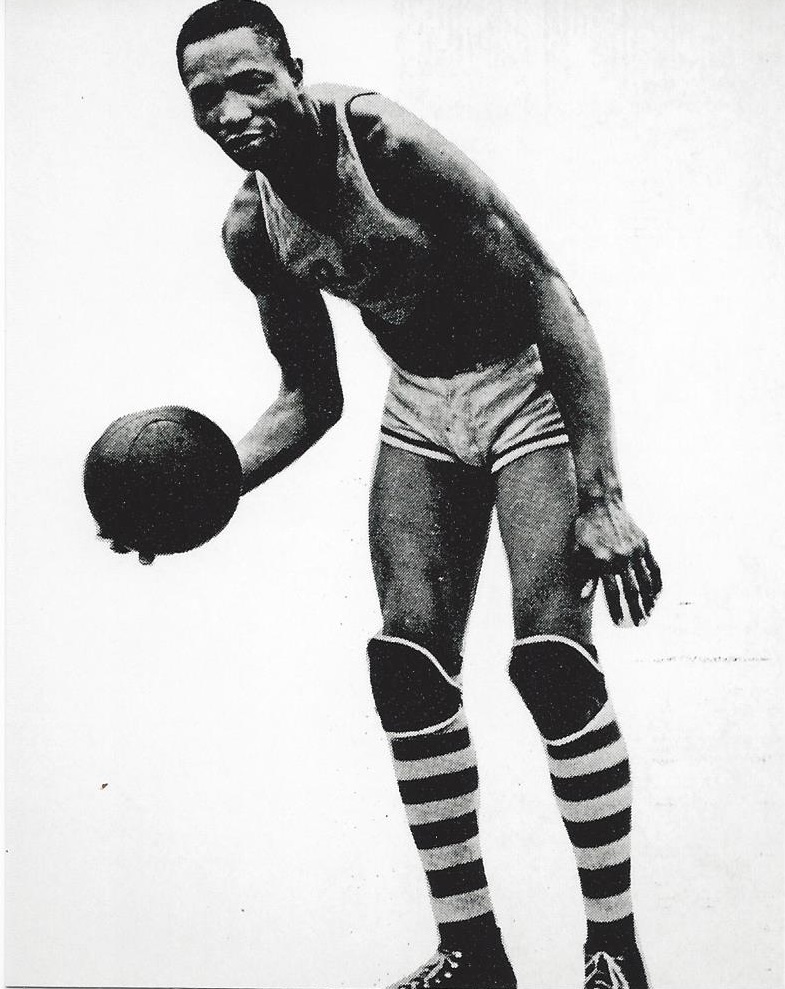 Willie Smith was called the toughest player he ever faced by John Wooden. While he was never a very good shooter, Smith excelled as one of the top defenders and rebounders in professional basketball of the 1930’s and early 1940’s. Smith was discovered playing for Cleveland’s Slaughter Brothers team by New York Renaissance owner Bob Douglas. He joined the Rens in 1932 as they embarked on a four-season run of 473 wins and only 49 losses. The team won 88 straight games during this period. Smith rotated in the pivot with Tarzan Cooper. With his strength, quickness and great balance, Smith could dominate a game defensively. Smith was a key figure in the Rens’ capturing the first national pro tournament in Chicago in 1939. He stayed with the Rens through the 1942-43 season before he returned to his hometown in the 1943-44 season to play with the Cleveland entry in National Basketball League. In 1947, Smith was lured out of retirement at the age of 37 to play one last season with the Rens who had joined the NBL representing Dayton, Ohio