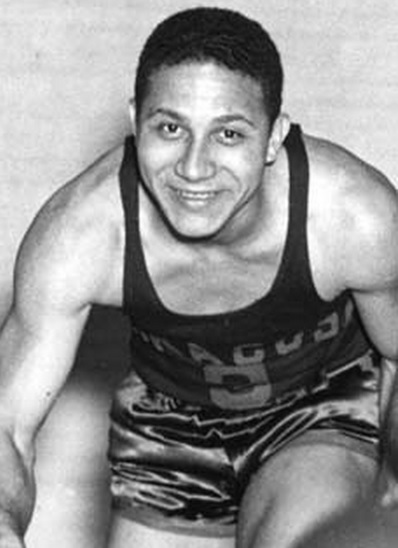 Wilmeth Sidat-Singh  was named  first-team All-City in basketball and led DeWitt Clinton to the New York City Public High School championship.  In 1935, Singh enrolled in the pre-med program at  Syracuse University and soon established himself as an outstanding collegian athlete.  During his senior year,  he starred at quarterback on the football team and was the leading scorer on the basketball team. Sidat-Singh played professional basketball in  the early 1940’s with the New York Rens and Washington Bears.  With the outbreak of World War II, he enlisted in the Army and was accepted into the all-black Tuskegee Airmen fighter squadron. Sidat-Singh died in a plane crash in May of 1943, at the age of 25.