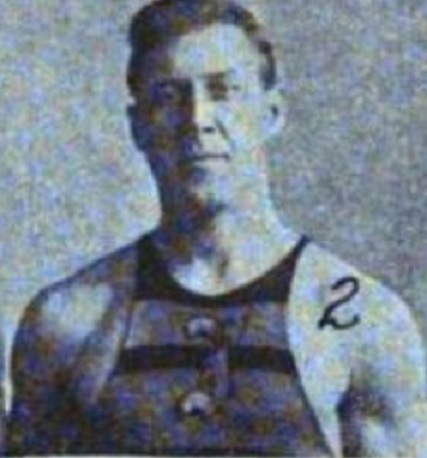 Winnie Kinkaide learned the game of basketball as a teenager at the South Philadelphia YMCA. He was spotted playing in a minor league by Camden owner Bill Morgenweck who signed Kinkaide to a contract with his National Basketball League team. By his second season with Camden (1902-03), Kinkaide was considered the best defender in the league. Camden won the NBL title which marked the first of seven consecutive championships for Kincaide. The next year, he won titles with the Western Massachusetts League Springfield team and South Framingham in the New England League. Over the next four seasons, He was the key part of four more champions: 1904-05 Natick NEBL; 1905-06 DeNeri Philadelphia Basketball League and back to back (1906-07 and 1907-08) Central Basketball League titles with East Liverpool. Kinkaide was a relentless competitor, but was always admired as well for his sportsmanship. A Pittsburgh newspaper referred to Kinkaide as the “gamest and truest sport in professional basketball.” He was a powerfully built, soft spoken bear of a man. On very rare occasions, he could display flashes of temper, but most players know better that to provoke him. Kinkaide signed as player-coach with CBL Uniontown team for the 1908-09 season. He resigned four games into the following CBL season so he could join Reading in the Eastern Basketball League. The Bears tied for first place, but lost in a playoff for the title. Kinkaide returned to Uniontown the next season, but the team finished in last place. Kinkaide never coached again. In 1911-12, he was a prominent player on Johnstown’s CBL title winning  team. Kinkaide played for De Neri in the EBL for the next four and half seasons before he announced his retirement in 1917. Three and half years later, he was back on the court and still spry enough at age 39 to be a member of the 1920-21 Pennsylvania State League champion Germantown squad. Kinkaide played one more season before he retired for good in 1922.