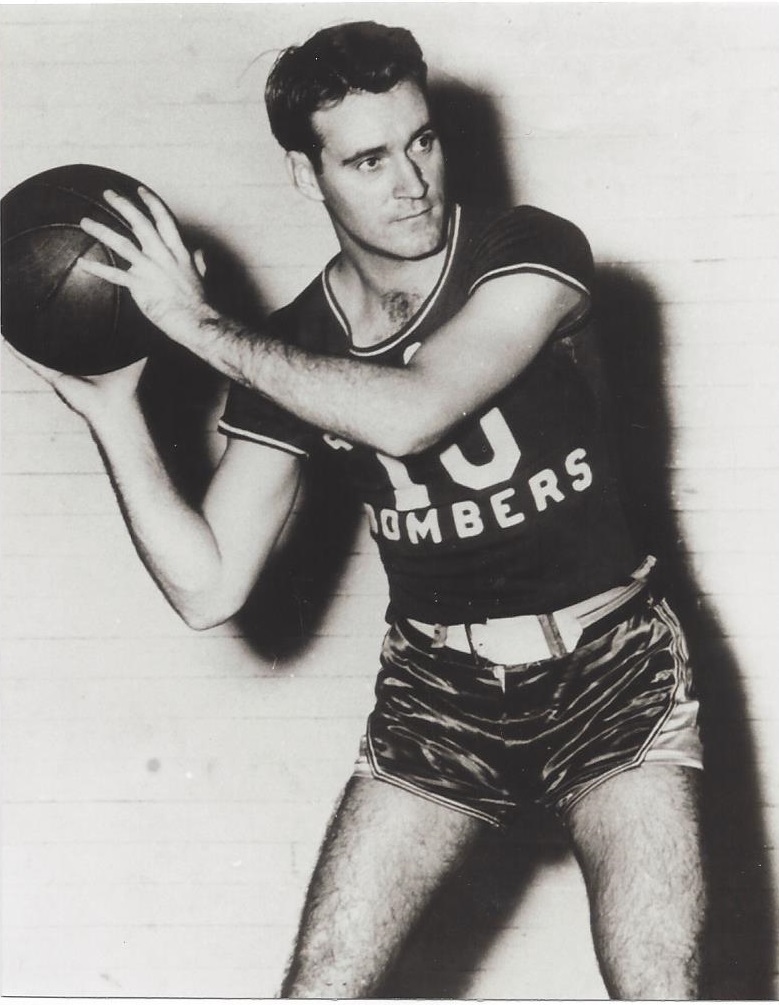 Wyndol Gray, a schoolboy star at Akron South High School in Akron, Ohio enrolled at Bowling Green University in the fall of 1942. Due to a shortage of college-age players during to World War II, freshman were allowed to play on the varsity. Gray scored  22 points per game and led the team to a 18-4 record. He joined the Navy after the season, but returned to Bowling Green a year later  for the 1944-45 season as a part of  a Navy College Training Program. Along with  6’11” center Don Otten, Gray led the Falcons to the finals of the 1945 National Invitational Tournament where they were defeated by the George Mikan-led DePaul squad. After the season, Gray was named an All-American. Gray was won All- American honors again after the 1945-46 season, but while playing at a different school.  Gray had transferred to  Harvard where he led the Crimson to their first NCAA tournament appearance.  Gray turned pro for the 1946-47 season,  playing for Honey Russell on the first Boston Celtics team in the new Basketball Association of America.