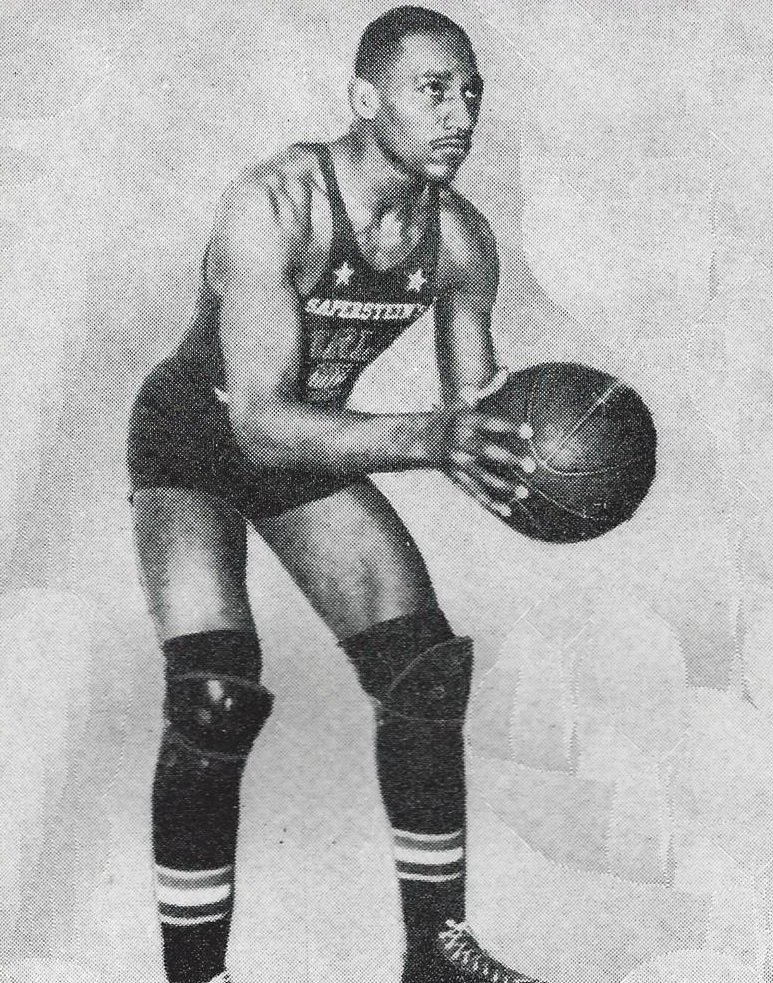 Zack Clayton graduated in 1937 from Gratz High School in Philadelphia , where he starred in football, baseball and basketball. He attended Alabama State College and Temple University before dropping out for financial reasons.  Clayton played professional basketball for fifteen years. In the 1930’s and 1940’s, he played with the most famous black teams of the era, the Harlem Globetrotters and the New York Rens. He was a member of two World Professional Basketball  Tournament championship teams, in 1939 with the Rens and in 1943 with the Washington Bears. In the early 1940s, Clayton played professional baseball in the Negro Leagues alongside Jackie Robinson, Larry Doby and his high school teammate, Roy Campanella. Clayton refereed boxing matches for over 40 years.  In 1974, Clayton was the referee for the famed “Rumble in the Jungle”, the heavyweight championship bout between Muhammad Ali and George Foreman in Zaire. Away from sports, Clayton worked as a Philadelphia city fireman, serving more than 30 years before retiring as a lieutenant in the 1970’s.