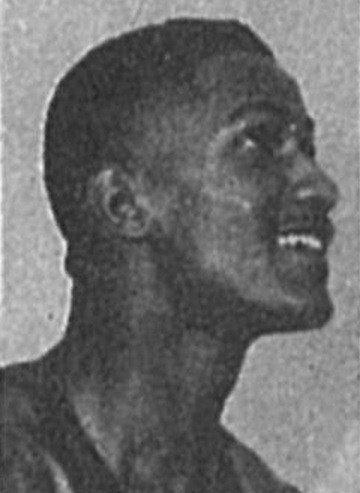 Ziggy Marcell played for the Harlem Globetrotters for six seasons from the late 1930’s through the mid 1940’s.  In the fall of 1946, Marcell joined the Los Angles Red Devils, an integrated team featuring Jackie Robinson. Later the same season, he signed with Bellingham in the Pacific Coast Basketball League. Marcell remained active on independent and semi-professional teams in Southern California for the next twenty years,  first as a player and later as a coach and manager.  Marcell also played Negro League baseball from 1939 until 1948.