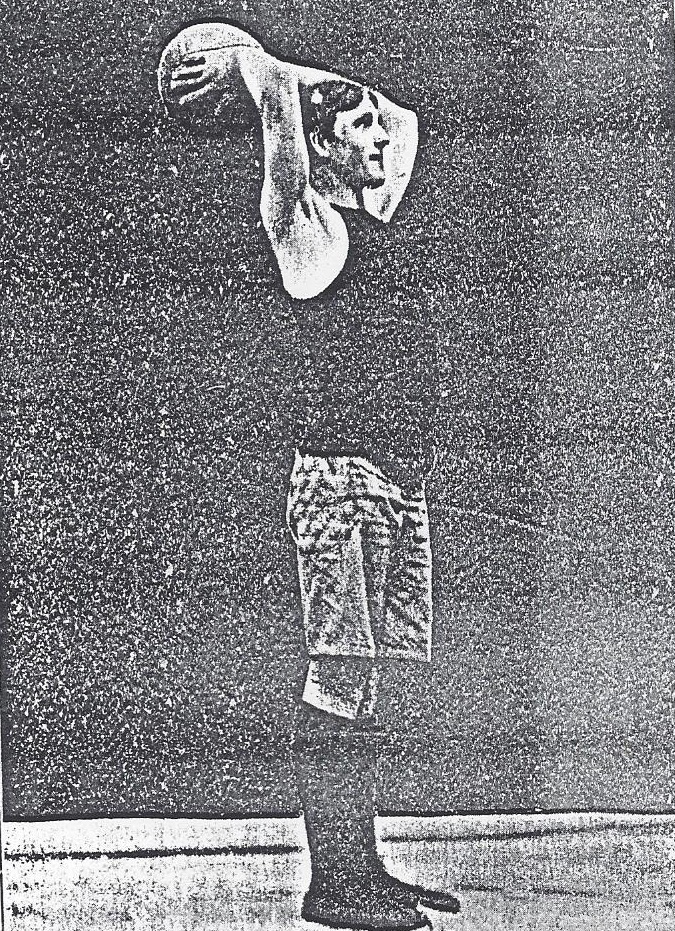 Bill Keenan was born in Philadelphia in 1882. As a teenager, he quickly established himself among the city’s best amateur players. After one season in the minors, Keenan signed with the Philadelphia team in the National Basketball League. He was sold to the Camden team mid-season and remained with the New Jersey club for two seasons. When the NBL dissolved early in the 1903-04 season, Keenan signed with the powerful Conshohocken team. During the 1904-05 season, Keenan led Conshohocken to the Philadelphia Basketball League title. In 1905, East Liverpool, Ohio businessman ,William Hocking, signed Keenan to a lucrative contract to play for his independent team. When the Central League was formed the following season, Keenan was well established as a star player who rattled opponents with his highly aggressive and emotional style of play. East Liverpool won the first half title of the Central League split season, but could not claim the overall title when a playoff against the second half winner failed to materialize. East Liverpool did win the championship the next season. Prior to the 1908-09 season, Keenan was released by the East Liverpool club in an economy move and quickly signed with Johnstown were he spent the remaining four years of his Central League career. The Johnnies won the 1911-12 title. Keenan was far and away the best shooting center in the Central League. He was one of the of the few players in the league to possess the ability score with long outside shots and feel  equally comfortable when he moved inside close to the basket. He was particularly cunning with offensive moves off missed shots, a unique skill at this point in the pro game. When the Central League folded in 1912, Keenan returned to the Philadelphia to finish out the last years of his career with the De Neri team in the Eastern League.