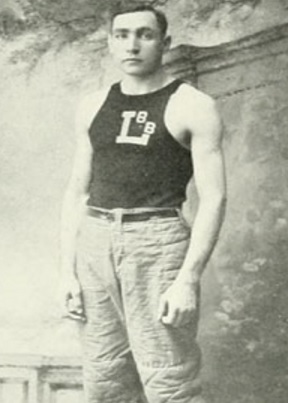 When Harry Crichton was just 18 years old,  he played professional  basketball for Uniontown and his hometown Johnstown Johnnies in the Central Basketball League. The big youngster held his own against the seasoned pros in the CBL before his parents stepped in and pulled him out of the league. Crichton went on to  become a star football and basketball player at Lehigh University for the next three seasons. After graduating from Lehigh with a degree in engineering, Crichton  briefly returned to pro basketball, but had do give it up because of his burgeoning business career. Crichton , along with his brother Andrew, formed the Johnstown Coal and Coke Company after buying up property in Cambia and Somerset counties.  With Crichton as president,  the company become a major coal producer. Critchton become a nationally known mining engineer and held many important positions in the industry. He was Director of the American Businessmen’s Research Foundation and and in 1949 represented the United States at a United Nations Conference on world resources.