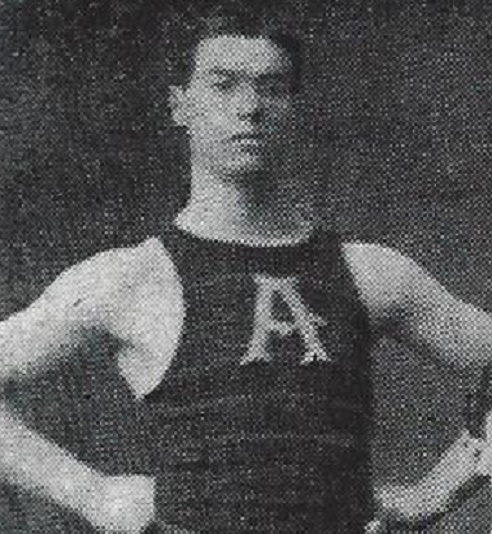 Jack Fox was one of the great defensive stars of the early pro game. He was one of the prototypes for the tough “standing guards” of early basketball. After gaining a substantial reputation playing on turn of the century independent teams in upstate New York, Fox signed to play league ball with a team in Holyoke for two seasons. After professional basketball died out in Massachusetts, Fox returned to playing with independent teams in Vermont and upstate New York. Fox was a valuable member of Ed Wachter’s 1906-07 Gloversville Co. E team that won 46 of 48 games. Fox spent two and half years with Johnstown in the Central League before returning to his home territory to play for four seasons with Utica in the New York State League. Fox had a major influence on the career of Marty Friedman, who would soon assume the mantle of best defensive player of his era. Fox played alongside Friedman for two seasons in Utica and later for two more seasons with Jasper in the Eastern League. In 1915, when Fox was in the twilight of his career, 23-year old scoring star, Johnny Beckman, described him as the toughest defender he had faced all season.  Fox played minor league professional baseball for fifteen seasons (1903-17). Fox also played professional football.