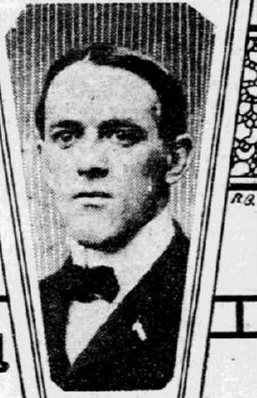 John “Snake” Deal was a talented all-around athlete who was successful as both a pro basketball and baseball player. In 1898, Deal was an immediate sensation in the newly formed National Basketball League.  His first NBL season with the Philadelphia Clovermen  was abruptly halted, however,  after seven games by a knee injury. In his second season, he led the NBL in scoring, but alienated himself from Camden owner-coach Bill Morgenweck. Deal was an intelligent and opinionated man. It was a combination that did not always  sit well with teammates or coaches. Deal was one of the most creative shot makers in the early years of the pro game. He was not afraid to shoot on the run or even leave his feet while shooting, both sacrilegious concepts at the time. Before the 1900-01 season, Morgenweck exiled Deal to the lowly Pennsylvania BC where Deal led the league again in scoring with 12 points per game. Deal returned to Camden the next two seasons and once again led the league in scoring both seasons.  He was instrumental in Camden’s 1902-03 championship season. Deal had a solid 1903-04 season with the Western Massachusetts Basketball League, but was cut early the following season because of a falling out with his teammates. Deal played three years in the Central League, two with the powerful East Liverpool squad.  Deal continued to pro basketball until 1919, mostly with independent teams. Deal also had a twelve-year professional baseball career that included 65 games with the Cincinnati Red Legs in 1906.